If you missed the Uncon, you can still join the conversation:  bit.ly/collab-on-code-discord

An "Unconference" (UnCon) is a gathering that is driven by the people who attend it. No hierarchy or keynote speakers, just good ideas and good people.
‍
This virtual Uncon will explore the challenges, changes and opportunities in the art of developing software in teams.
‍
In the spirit of UnCon, it is what we make it. We well pick topics under the umbrella theme of "Collaborating on Code", discuss in breakout groups and then regroup and play back the highlights from each discussion to the whole group.
‍
Suggest a topic(s) when you register above and we’ll vote on the day which ones to dig into. We invite you to interpret the statement "Collaborating on Code" any way you like and are looking for diverse multi-disciplinary perspectives.

We're keeping it small and going for quality engagement & exchange of ideas over the traditional one to many, speaker to audience. This is a chance to rub shoulders, discuss and debate with some of the software industry's leading developers, thinkers and entrepreneurs. What’s most exciting is, we have no idea what will come out of it! 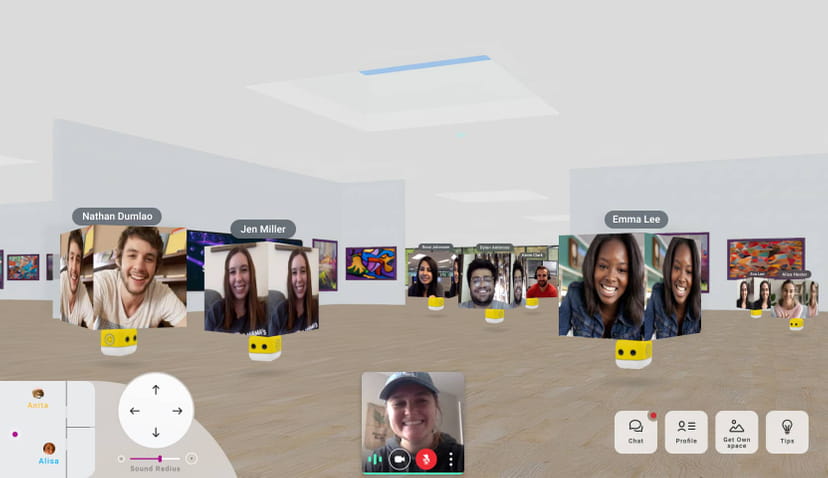 We'll be hosting the event in a virtual gallery on Pluto. It has breakout rooms and a main stage. We'll be putting up the topics suggested during registration on the walls for you to explore and vote on. We'll then take the top themes into the breakout rooms to discuss. We'll conclude with drawing out any themes and insights that emerged during the UnCon.

You don't need to install anything and the controls are very intuitive. The platform, like the UnCon itself, is experimental — so have fun!

Who else is going?

Because we are presenting from different time zones, we've aimed for a time that will allow the most people to attend at some point during the four hours.

There will be two breakout sessions, so if you miss the first, you can attend the second.

MUV Talks is a non-profit series focused on building capability and relationships within communities. What makes it special is that it is driven by the purpose of celebrating and empowering everyday people who are doing incredible things. We focus on sharing stories that may otherwise not be heard.